From NeckBeard to Nirvana 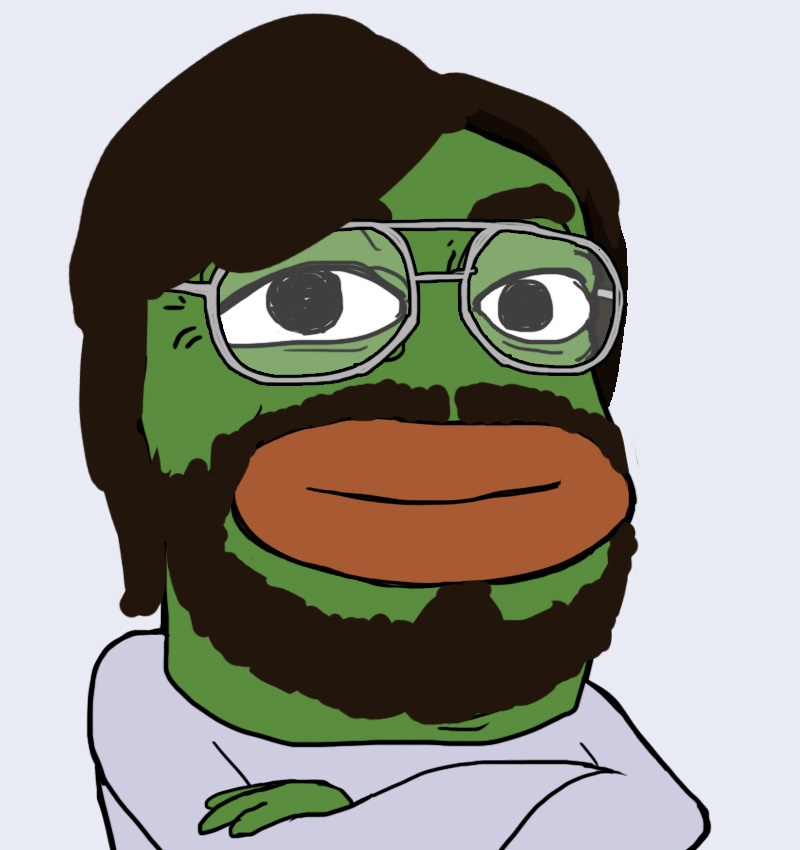 My Story of Pepe Redemption

It was 4:00am. The half-eaten Hot Pocket on my desk had started to congeal. My eyes felt like cold little spheres, but somehow burned as I stared at the screen. I heard voices blaring with increasing panic from my headset which had fallen to the side: my guild members were calling for me.

I couldn’t respond to them. I didn’t have the strength to move my fingers, let alone lift up my headset. I wanted to speak, but the words faced an impasse somewhere in my throat. This night had begun just like any other, with a gnawing sense of despair which grew as the hours passed, no matter how I tried to push it away. Now, though, something felt different — I was frozen in place. I had a sneaking suspicion that I was dying.

The next thing I remember was the sound of the neighbor’s weedwacker. It must have been noon. My brain woke up before my eyes opened, as if they were hesitant to let in the light from the window. In between the weedwacker’s wails, I could hear the muted hum of my liquid-cooled computer tower. I opened my eyes: the screen was still on and displaying my usual screensaver slideshow, which was a collection of memes.

The meme on the screen was Pepe the Frog. He had a slight, understanding type of smile, as if he knew exactly what I was going through. His eyes had a bulbous presence, with pupils like little black holes. I had the sense that he had been watching me sleep and was waiting patiently for me to wake up.

For some reason, Pepe’s image stayed frozen on the screen — normally, the meme would change every thirty seconds or so. The light beams from the window backlit his picture. It had never occurred to me just how much kindness was in this frog’s gaze. I kept my eyes locked with his as I sat up in my chair. Why wasn’t the picture changing?

In my emptiness, Pepe’s gaze began to fill me with hope. I ignored the fly buzzing around the cauterized Hot Pocket and took a steady breath. It suddenly occurred to me that I had been holding the same half-smile that Pepe showed me. How long had I been smiling? It was a type of smile that I hadn’t experienced before — a more steady, unperturbable grin rather than the quick flutter of the cheek muscles that I had been used to.

I kept that same grin as I rose up from my chair and opened the window. The weedwacker had stopped and the light was pouring in. Were those bushes always so green? Surely they didn’t change hue overnight. I brought the remains of the Hot Pocket downstairs and threw it in the bin.

On the surface, I guess not much has changed. I’m still in the same guild, I still oil my neckbeard once a week, and I still enjoy a good Hot Pocket from time to time. The main difference is that, to quote Captain Beefheart, “My smile is stuck.”

Something about Pepe the Frog was just so goofy, so lighthearted, and so empathetic on that fateful night that a fracture emerged in the hard ground covering my heart, and a green light started shining through the cracks.

I’ve since begun collecting Rare Pepe NFTs and started getting in touch with some amazingly talented Pepe Artistes. Of course I deal with the same bullshit that everyone has to deal with, and my Pepe smile can sometimes get obfuscated by the struggles of the day. All it takes to reclaim my happiness, however, is just to remember that dear Pepe exists.

Pepe has a place for all moods, even those that are awkward and hard to describe. Pepe has the feels for all feelings, but he’ll always point you toward “feels good, man.” Pepe serves as a vessel for anything the human mind can come up with: the good, the bad, and the frugly. Pepe always has time and space for what I’m going through, even when I’m struggling to give myself a chance.

It’s exciting to think about what this sense of Pepe-positivity will bring in the future. I’m already feeling a newfound sense of willingness to try new things and question some of the self-doubt-riddled beliefs I have. There’s been a few moments of Pepe contemplation when I forgot everything: who I am, what I do, what people are. Only the image of Pepe remained, until even that disappeared, like blowing out a candle. In that moment I realized that Pepe and I have always been one.